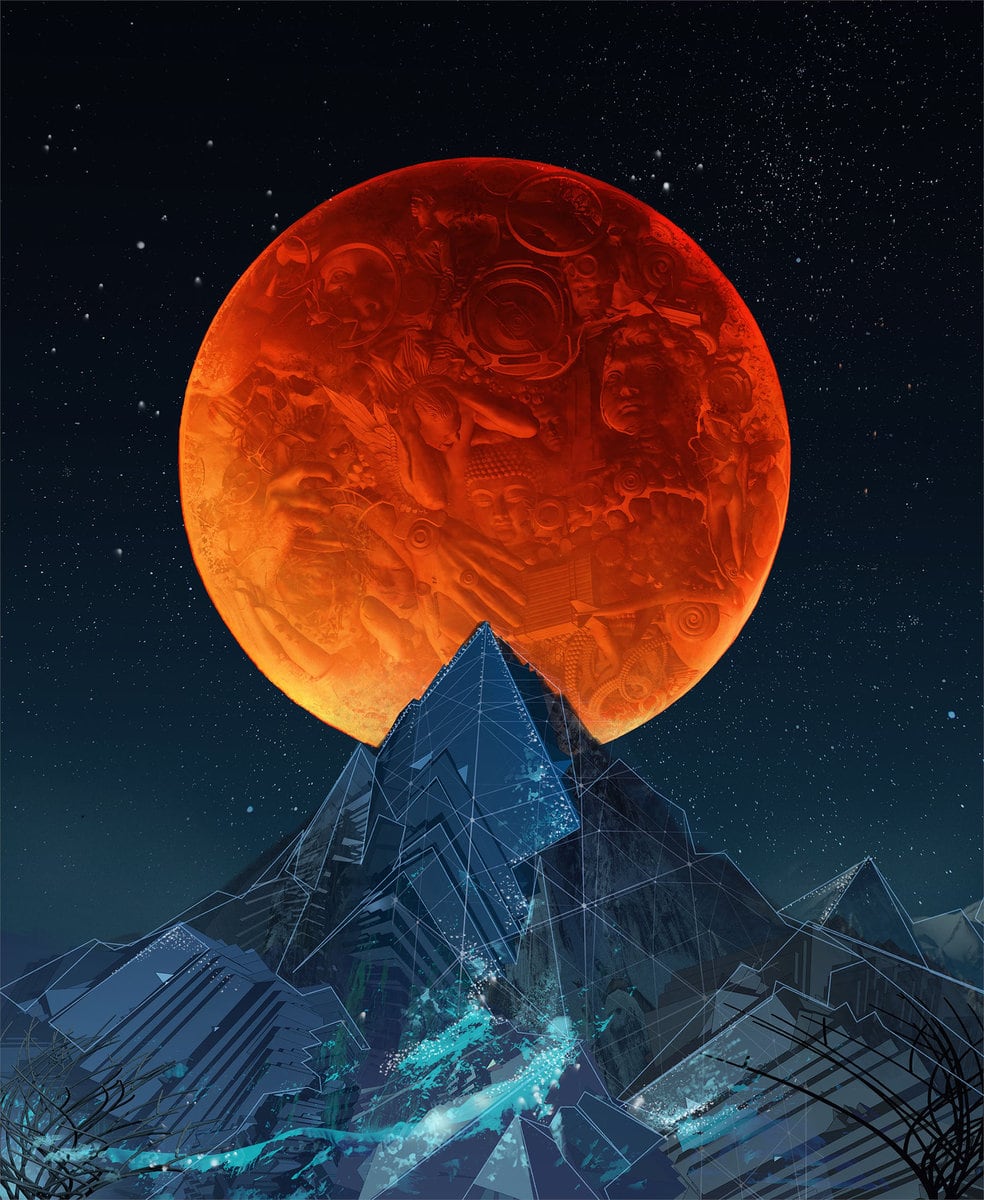 Feeling on edge? If the ground seems to be shaking beneath your feet, or if you’re suddenly faced with an unexpected turn of events, there’s a reason for it.

It’s eclipse season, the tipping point when destiny unfolds, synchronicities occur, and old standards get uprooted.  It’s a point of no return, as one door closes behind you and another opens into a whole new realm.

This electrifying lunar eclipse is a catalyst for spiritual awakening, but also an omen of surprising and chaotic outcomes. The lunar eclipse (also a blood moon) will shine a reddish light into the early morning hours of Nov 8 — the same day of the US mid-term elections.

The lunar eclipse peaks at 3:00 am pacific time in the Vedic lunar mansion of Bharani, the star of restraint. Bharani is symbolized by a womb or yoni and is symbolic of female reproductive power. The last solar eclipse we had in Bharani came with the United States Supreme Court decision to overturn reproductive rights (Roe V Wade). This lunar eclipse signals another fated turn of events for reproductive freedom.

Know your Vedic Nakshatra?  Calculate yours and get a free guide.

Bharani is also the star of Yama, the Hindu god of death, who is responsible for collecting souls and directing them toward rebirth. According to Vedic Astrology, the jaws of the karmic snake, Rahu, will swallow the moon between 1:06 AM – 4:49 AM Pacific Time.

The total lunar eclipse is visible in western US, Canada, Japan and New Zealand.

Total lunar eclipses are rare (the next one won’t take place until 2025), and this one is exceptional because it occurs less than 1 degree away from revolutionary Uranus. A new consciousness is awakening with this lunar eclipse, and something spectacular may be calling you to step forward in a fearless way.

Depending on where the lunar eclipse occurs in your birth chart, themes of the Vedic star Bharani, like creativity, work, or parenthood may be coming forward to be released or transformed.  To learn more about how this and upcoming eclipses affect you, check out the 2022-2023 Eclipse Horoscope Class — Strange times & Radical Steps.

Take heed, with Mercury combust (burning in the sun), flare ups in communication, travel issues, misinformation, and vote-counting are likely to arise.

With warrior Mars retrograde as well, confusion and frustration can increase.  It may feel like it’s hard to know what’s really going on.  Traditionally it’s advised not to look at lunar eclipses, and to avoid risky sports, cooking, and the signing of legal documents, if possible.  Fasting and meditation are good activities during eclipses.

The weeks surrounding solar and lunar eclipses often come with strange and wondrous situations, and can bring big steps toward maturity and empowerment.  This full moon/lunar eclipse has the added power of being the fierce Kartika Purnima, when Lord Shiva is said to have destroyed the treacherous demon, Tripurasura.

Consider where you would like to destroy negative patterns (the demons) that hold you back in life.  The energy of this lunar eclipse may require you to act quickly, listen to your gut and shake off complacency and fear.  Trust in the transformation.

How these planetary transits affect you personally depends on your birth chart.  Book a Vedic Astrology reading to learn more.