jamie kaminskas
Lunar eclipses always signify turning points or shifts in consciousness, and the blue super blood moon eclipse of Jan. 31, 2018 will be an especially potent one. Reaching its climax at 5:27 a.m. PST, this supermoon eclipse has the power to transform core beliefs, transmuting fear into courage and asking us to reckon with the persistent demons of self-doubt.

Just the name itself is enough to signal that this is no ordinary cosmic event: it’s the second full moon in January, giving it the name “blue moon,” and on top of that, this giant “blue” supermoon will appear blood-red in the sky as Rahu, the hungry shadow demon, devours it in a total eclipse that will last for one hour and sixteen minutes.

This magnificent supermoon, which will appear closer to the earth than any to follow this year, will fall in the Vedic astrological star of Ashlesha, the mysterious Kundalini snake known for its hypnotic powers. A fire-breathing snake-dragon with a split tongue who slithers through our subconscious minds and enters into our dream space, Ashlesha can topple the illusions of the ego, allowing us to glimpse who we really are.

Also known as a naga snake, Ashlesha has the ability to mesmerize the mind, bringing about altered states of perception and increasing our awareness of self. In Hindu mythology, naga snakes live in the earth’s core and stay connected to an infinite well of primordial wisdom. They are also capable of shape-shifting, and are said to hold great Tantric power.

Take heed, however, as the moon can be quite sensitive in Ashlesha, which is also found in the emotional sign of Cancer. Highly sensitive individuals should not stare directly at this lunar eclipse, and those taking prescription drugs or alternative remedies should exercise caution–Ashlesha can magnify the power of medicine, so be sure to take the proper dosage.

Meditation and other forms of relaxation are highly recommended around this time, especially if you’re feeling anxious or worried. Be sure to pay particular attention to how you react to situations that trigger insecurities, as the supermoon eclipse in Ashlesha may magnify feelings of self-doubt.

Furthermore, the influence of Venus may agitate personal relationships and trigger conflicts between parties who have made agreements or contracts. Unexpressed or repressed feelings can rise to the surface around this time, allowing them to be seen and ultimately healed through honest communication.

If you are willing to delve into Ashlesha’s shadowy realm, you may find that the snake-demon is actually your friend: despite its slithering and hissing, its intentions are not to frighten but to transform your core beliefs. If you’re not afraid of its snake-eyed stare, the rewards of coming face-to-face with Ashlesha can be worth the discomfort of having to confront your deepest fears.

*To fully understand how these astrological influences affect you on a personal level, book a one-on-one Vedic Astrology Reading with me here. 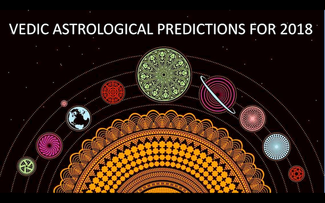