SOLAR ECLIPSE for Deep Sea Snakes. Endings=Beginnings at the Equinox. 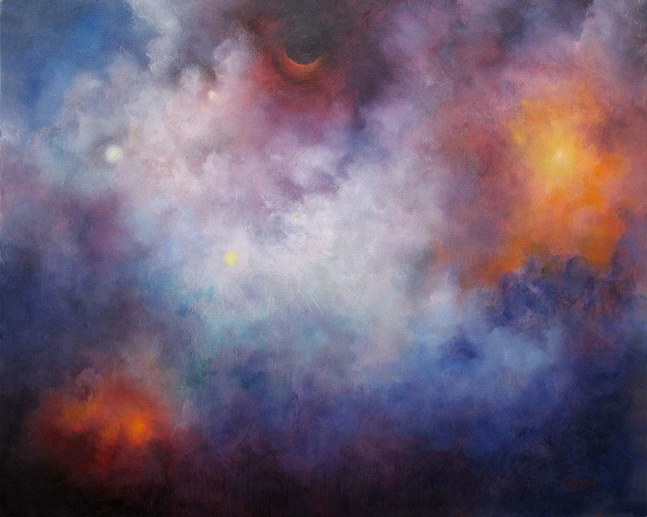 This Friday (March 20th at 2:36 am PST) the sun will be eclipsed in the mysterious nakshatra of Uttara Bhadrapada. For a short time the eclipse will dim the sunlight in Europe and northern Russia. 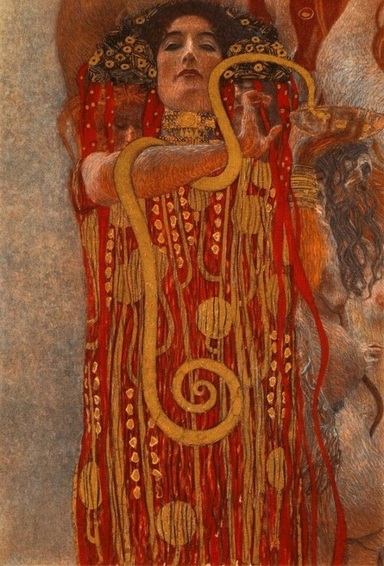 Eclipses are fairly common, but this one has the rare quality of coinciding with the equinox.  An equinox is when the hours of daylight and darkness come into balance, and this one will mark the beginning of spring in the northern hemisphere.

The solar eclipse will occur about 12 hours before the exact point of equinox, when the sun enters Tropical Aries.  Aries (being the first sign) will mark the beginning of the Solar New Year for the Tropical Zodiac.  Synchronistically,  the Hindu calendar will be celebrating the Lunar New Year on this day as well; the new moon of Manmadha Ugadi.

At this pivotal point of endings and new beginnings the power of a solar eclipse can magnify itself enormously.

At first glance, it certainly looks a bit harrowing; since generally speaking, initiating anything on an eclipse is not a good idea.   There could very well be a rough time ahead; especially for the regions where it is visible, such as Europe.  The delusional and chaotic nature of Rahu/Ketu devours the light of the sun and creates disturbances of balance.  It may also be worthy to reflect that the narrow path of this eclipse’s total shadow will fall across the fragile Arctic environments of the Norwegian Sea, and it’s threatened glaciers.

But beyond the doom and gloom of it, the trans-formative potential of this eclipse is phenomenal.

The eclipse will occur in the nakshatra of Uttara Bhadrapada, in the constellation of the ‘Great Square of Pegasus’.  Bhadra means “beautiful, lucky, and blessed” and Pada means “feet.”  The Bhadrapada are the four feet of the coffin that carries our poor egos to the end of the Zodiac and onto the funeral pyre.   The Bhadrapadas are sometimes called the ‘scorching pair’ and bring with them the fiery qualities of intense anger and passion.

But Uttara Bhadrapada is the higher resonance of the pair.  It is the water that cools the fire of the spirit, deep in the sea of sidereal Pisces.    Its deity, Ahirbudhnya is a water naga (dragon/snake) that lives in the abyss of the cosmic ocean.  The watery power of our inner world is held coiled there.  This is the Kundalini serpent of the sea.

Water is the clinging attachment of our emotions, but it is also the pure fertile rains that nurture earth’s abundance.  Curiously, Ahi translates as “snake,” but can also be used to mean “cow.”    Cows are a symbol of wealth and generosity and milk is a great antidote to poison.

Ahirbudhnya may be a poisonous naga snake, but he also has the potential to remove our misfortune.

Inaugurating a whole new cycle, the eclipsed equinox can be taken advantage of only if we are strong enough to surrender to it.  Since Saturn is at a virtual stand still this week (as he stations retrograde) we could find the emotional maturity that we had been lacking; pushing through our stubborn grievances and debilitating self-judgments.  This nakshatra has the power to grant us the endurance to make peace with what has been lost, and to embrace the new.  It opens us to the potential to transform tragedy into spiritual growth and bitterness into sweet acceptance.

The days surrounding the solar eclipse could open old wounds, and it may be easy to fall into self-pity and frustration.   There could be a resentment that we had to “learn the hard way.” Familial and financial situations may suddenly destabilize.   The best outcome of all this is to roll with the punches, sublimating the anger/grief/fear into fuel for the spirit.  Draw upon the waters of source through introspection and self contemplation.

The eclipse certainly has a stellar alignment that supports its positive sublimation, being stabilized by a subha kartari yoga with Mercury and Venus and by exalted Jupiter’s benevolent aspect.  On top of it all, this aspect is being super-charged by a parivartana yoga with the moon, creating an expansive circuit of possibilities with Ashlesha, the other nakshatra of the naga-serpant realm.   This is a potent time for practicing meditation, tantra, energy work…and any snake-like magic.   Take extra precaution if you do pranayama, breath work, or shamanistic journeying; especially if you do not have supervision.  Kundalini awakening type experiences are possible with such an eclipse.

Photography may have an uncanny ability to capture the essence of the moment, and looking through old family photos may drown us in a sea of nostalgia.  Try to stay present and practice mindful observance of emotions. Take special care not to fall into self-righteousness and cynicism.   A sincere effort of inner self work will be supported by the dynamic transformation that this eclipsed equinox now offers.

A more concrete assessment of how this solar eclipse will affect your life really requires an individual natal consultation. Conta﻿ct me here if you would like to schedule a session. 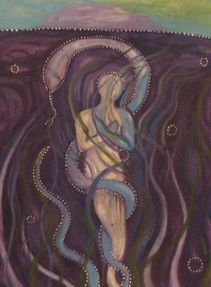