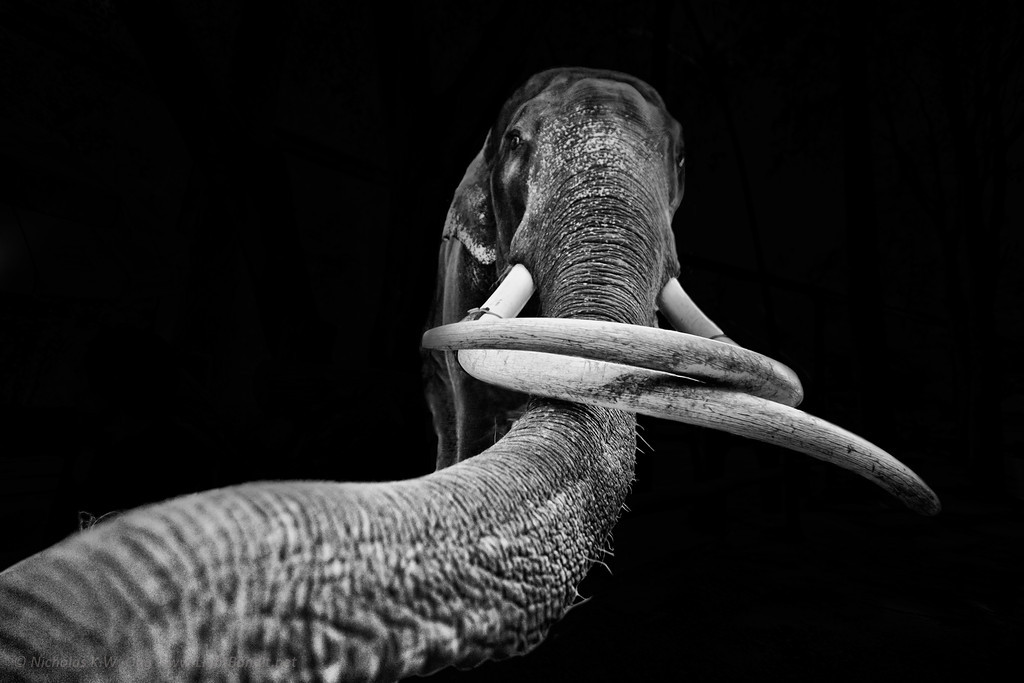 The lunar cycle will start again this Tuesday January 20th, with the new moon at 5:14 am PST.
It’s time to get going on that ‘to do’ list because this new moon opens in the invincible power house of Uttara Ashadha.   Translated as the star of “complete victory”  this nakshatra is said to be the second elephant’s tusk in a pair.  (the other belonging to it’s sister nakshatra, Purva Ashada)  Elephant’s tusks are amazing and formidable weapons, invincible in their ability to smash through any opposing force (think of the Mumakils from the Lord of The Rings).  This nakshatra certainly won’t take any nonsense when it comes to getting real with dharmic duty.   In fact,  Uttara Ashadha is ruled by the sons of Dharma, the Vishvadevas.  Also called the “universal gods,” these deities were named after virtuous attributes of the Dharmic path.  A few of them being…

The power of these qualities can grant victory for those seeking success, health and spiritual growth.   Because of its focus on righteous and spiritual ideals, this new moon opens the quest for unending improvement.  It is the power to call upon the forces of pure and ethical intent, ever refining and focusing until it ultimately triumphs over all adversity.

There is an earthy and determined nature to this moon, and on Tuesday, its ruler Saturn will be in sambandha (3rd dristi) to it.   Self-control combined with blunt self-honesty could become the theme for the month if we take advantage of this moon’s ability to do some real stoic inventory.   And just to top it all off, this year it will be celebrated as Mauni Amavasya in India.  Mauna means silence, and the austerity of keeping silence has great spiritual benefits on this day.  The spiritual disciple required for the keeping of Mauna is considered to be of great importance for mental health.  Without first silencing the voice, how can there be peace of mind?  If possible, try taking a few hours (or days) of silence, it’s by far more difficult than it seems! Traditionally one takes a vow of silence on Mauni Amavasya.  One observes fasting, prayer, and in quiet forbearance, takes a dip in the Ganges.    Any silent trip to the ocean or some other natural body of water could serve if you feel like taking a pilgrimage for Mauni Amavasya.

Be careful not to get too carried away with your ideals at this time. There can be a stubborn tendency toward perfectionism, and with Saturn’s destabilizing dristi it may seem easier to just give up on things entirely.   Hold to the power of this nakshatra: its  focused determination and willingness to take one last punch.  Don’t let disillusionment sweep you into depressed apathy.

Also…
Venus and Mercury (who were just at war last week) are in a sambandha with Saturn.   Loneliness, relationship squabbles, as well as communication difficulties are probable.  Furthermore, Mercury is nearly stationary and will go retrograde the following day (Wednesday at 7:54 am PST.)  Themes of travel and communication will be on the front line.   Expect delays and confusion.  But take heart, things should work out for the best for Mercury these weeks with Jupiter’s powerful aspect from Cancer.  Often within Mercury retrograde periods, problems integrate into greater understanding and powerful new solutions, although usually not realized until later on!

Just got my beach chair out and did some moon bathing ...very nice

Beautiful..FB page - it is possible to have a Chat over the phone. Even .. 5 min - weekend is the best .. have questions- live Vedic Astrology 🙏🙏💕Eva Livingston, Victoria, BC

In Vedic tradition, this full moon is the #SharadPurnima, when the light of the full moon becomes saturated with the nectar of love and renewal.

Moon-bathing is especially beneficial for health and happiness, as is wearing light creamy colors, and cooking sweet creamy liquids and rice (keer).

Liquids and foods left to soak in the moonlight of Sharad Purnima are imbued with its healing powers.

The full moon also marks a stopping point and a shift in direction. Jupiter and Mercury are both coming out of retrograde and new horizons of possibility are opening…

Last day of #navaratri the 9 night celebration of the goddess, when Goddess Durga slays the buffalo demon, #Mahishasura, to restore order and balance to the world. .
Durga banishes the forces of negativity and fear with fierce truth, clarity and courage. ❤️🙏 .

Take a look within. The veil between worlds is thinning tonight. Invoking Siddhidatri “the giver of siddhis,” can enhance your intuition, deepen meditation, and expand your awareness beyond the material plane.

The mystical healing powers given by this goddess are excellent for healers and energy workers.

It’s said that even Lord Shiva acquires his powers from Siddhidatri.

8 #siddhis gained from the goddess-
Prapti : to be able to go anywhere
Prakambya : to manifest whatever you desire
Ishitva : to possess absolute control of anything
Vashitva : to read and influence the mind of others
Mahima : to expand one's body to an infinitely large size.
Garima : becoming infinitely heavy
Laghima : becoming weightless/ to fly

I seek blessings as a woman, a mother, wife, sister, daughter, friend and a healthcare worker. 🙏🏽❤️

Thank You So Very Much!