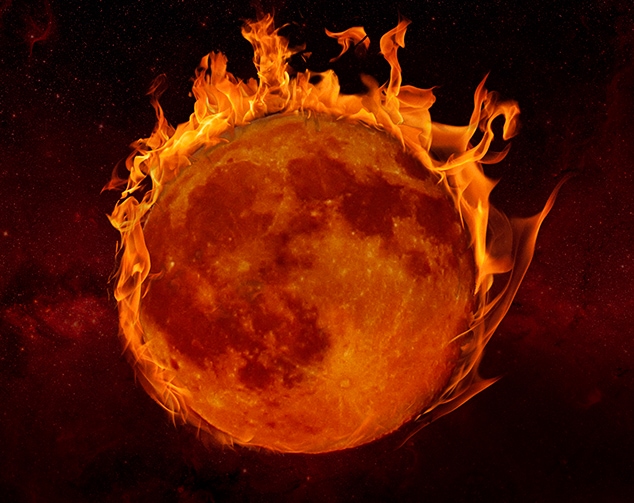 If things seem more intense, accelerated, or charged as of late, there’s a reason for it. We’re at the beginning of an intense eclipse season, which culminates in the potent lunar eclipse of Nov. 19. Prepare to face your demons, as this partial lunar eclipse—the longest one in 500 years—will shake up the status quo, dismantling toxic patterns and forcing us to go deep.

From 11:18 p.m. PT on Nov. 18 until 2:47 a.m. on Nov. 19, the eclipse snake Rahu will partially swallow the light of the moon. The serpent’s dark shadow has the power to stir up subconscious fears, shatter illusions, and teach important karmic lessons. As souls ascend the ladder of consciousness, this is an important step along the way.

This near total eclipse falls in the sign of Taurus, in an area known as Krittika. Symbolized by a razor-sharp knife, Krittika cuts away what is no longer needed, exposing hypocritical and inauthentic behaviors. The ancient Vedic fire god Agni is said to reside in Krittika, where he burns away and purifies negative energy. Whatever Agni touches transforms into light, heat, and ash, so prepare to let go of anything that’s been keeping you down.

The days surrounding the eclipse are pivotal times for breaking unhealthy attachments and releasing karmic knots. Eclipses often bring about endings, but they’re also when new opportunities for growth arise. If you’re feeling anxious or stressed out, bear in mind that it’s a temporary situation. As much as eclipses can trigger fears, they can also catalyze spiritual growth, stretch subtle awareness, and increase intuition.

This eclipse is special for several reasons, including the fact that it’s the last one in an 18-month series in the sign of Taurus. Because Taurus is associated with the material realm, this string of eclipses has trained our collective focus on issues of money, safety, and the distribution of food, wealth, and power. This final lunar eclipse could reveal cracks in the foundations of the global economy, causing fluctuations in the stock market.

The Krittika eclipse is also special for its placement in the sky. Falling at 3 degrees of sidereal Taurus, a placement known as the degree of deep exaltation, it has a strong and powerful  influence. Its long duration also adds to its power. Lasting for a full 3 hours and 28 minutes, the world has extra time to marinate in Rahu’s shadow. 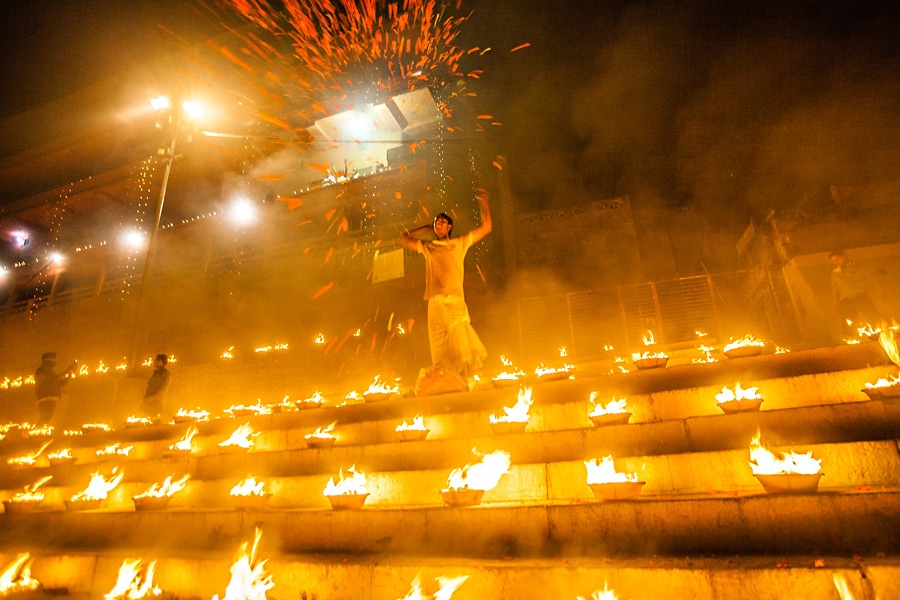 In India, this auspicious lunar eclipse is known as Kartika Purnima. To celebrate Lord Shiva’s victory over the terrible demons, the Tripurasura, millions of lamps are lit on the banks of the Ganges River. As Rahu’s eclipse shadow rises, consider what demons—think bad habits, blind spots, or toxic relationships—you’re ready to eliminate from your life.

In the lead-up to the eclipse, the expansive planet Jupiter is picking up speed and will re-enter progressive Aquarius the following day, on Nov. 20. The focus on human rights, environmental issues, and labor concerns will continue into the winter months, as Jupiter shines a healing light on the collective sign of Aquarius. Jupiter will stay in Aquarius until April 13, 2022.  Get pre-recorded Jupiter in Aquarius Horoscopes here.

If you can steady yourself in the cosmic storm being whipped up, you’ll have an easier time integrating the lessons the universe is trying to teach. Use your breath to turn your focus inward, and don’t fear the losses that you may feel. Releasing toxic relationships only opens the door for new, more positive ones to develop.

book a personal astrology reading me to learn more.