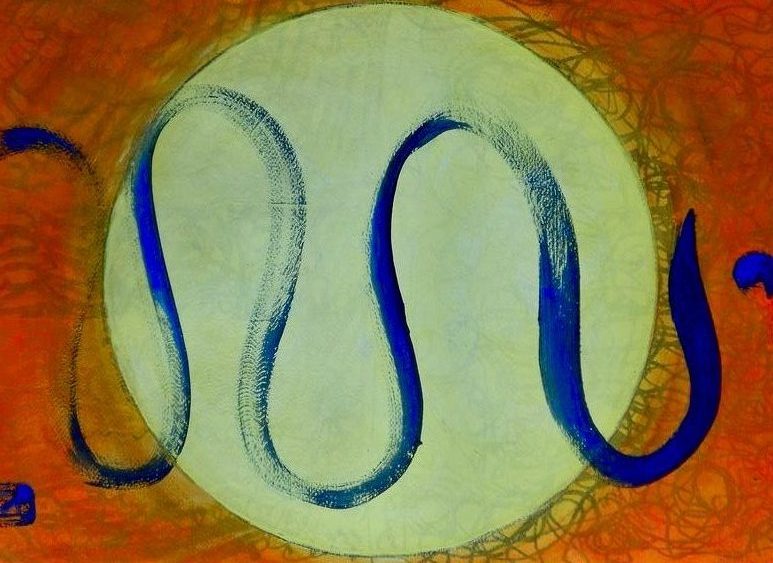 Ready for a fresh start? The new moon of August 8, 2021 (6:50 a.m. PT) signals a break from the past and the beginning of a new cycle of growth. Things may feel intense — even overwhelming at times — but if you can anchor into your heart, you’ll emerge much stronger for it.

This potent new moon falls in the area of the sky, or nakshatra, known as Ashlesha, the snake star. A notoriously intense placement, this highly sensitive nakshatra magnifies the venomous power of toxins, as well as the healing power of medicine.

It’s widely known that the venom of a snake is also used to cure its bite, and like a snake’s poison, the Ashlesha new moon can both wound and heal whatever limitations you’ve placed on your life. Consider what has been holding you back, or how you may have unconsciously been sabotaging your own dreams and aspirations.

Like a snake charmer, Ashlesha has the ability to hypnotize and bring about altered states of awareness. Allow yourself to embrace the unknown and dive deep into whatever feelings may arise; this is a powerful time for self-reflection, so be sure to meditate, write in your journal, and spend time in nature.

With the planets Uranus and Saturn, which is still retrograde, aligned with the Ashlesha new moon, you may be under more pressure or mental stress than normal. If you feel unnerved or frazzled, stop and take a breath, or repeat a mantra to help calm your nervous system. Now is a potent time of healing, but the snake bite will sting nevertheless.

On August 12, five days after the new moon, the Hindu celebration of snakes, known as Naga Panchami, will take place. In Hindu mythology, naga snakes live inside the earth’s core and stay coiled at the primordial root. They are capable of shape-shifting and are said to hold great Tantric power. As with the many-headed serpent upon which Vishnu, the god of protection, lays, snakes symbolize an ancient stabilizing power.

On this new moon, speedy Mercury is crossing the cusp of sidereal Cancer into the fiery gateway of Leo. In Vedic Astrology, this key transition point is called gandanta, which literally means “karmic knot.” This Ashlesha new moon offers an opportunity to unravel all sorts of knots, from toxic relationships to bad eating habits. Consider what knots you might benefit from unraveling, be they ties to other people, or knots within your own psyche. Once released, they will no longer bind you.

Want to learn Vedic Astrology?  Check out the Foundations of Vedic Astrology course.  Register now for early bird special rate. Comes with a Full Moon Zoom meeting on August 21, and lunar horoscopes for your Vedic Sign.

This new moon is also the auspicious Shravan Amavasya.  The month of Shravan is a time to celebrate Lord Shiva who keeps the threatening poison (halāhala) safely swallowed in his throat, and under his control.  A powerful mantra for protection on this new moon is Om Namah Shivaya.

How this influence will affect you depends on how these planets are transiting your birth chart, book a personal astrology reading me to learn more.