Hold on tight, spirit warrior—it’s eclipse season, and this one’s a powerful one. On the evening of May 15, a total lunar eclipse will cross America and Europe, and darken the night sky with transformative shadow. Triggered by the shadow snake of liberation, Ketu, this game-changing lunar eclipse can catapult you into higher awareness. If you’re feeling stuck, trapped by self-doubt, or old emotional holding-patterns, use this time to cut cords of the past and focus on the power of the present.

The lunar eclipse (6:32 – 11:50 pm Pacific) has a transformational fire within it.  It falls in a section of the sky called Vishaka, the Vedic star of purpose, clarity and one-pointed focus.  Vishaka means forked or branched, and invokes the brilliant image of a lightning bolt branching across the sky. Like a flash of lightning, Vishaka can catalyze sudden action, insight and clarity.

Know your Vedic Birth Star? Click here to calculate yours and get the free Nakshatra Key

Indra, the Vedic chief of the demigods, and Agni, the fire god of spiritual truth, both rule over this lunar eclipse.  Together they burn away inhibition and self-doubt by stoking fires of conviction and dedication.

Because of its proximity to earth, this lunar eclipse is also a bloodmoon, which is said to have a particularly powerful influence over world karma. It’s also the final lunar eclipse in sidereal Scorpio (moon’s sign of debilitation) which ends a karmic cycle that began back in June of 2020.

Eclipses often coincide with dramatic events and civil unrest. It’s no coincidence that the leaked United States Supreme Court opinion to overturn reproductive rights (Roe V Wade), came shortly after the April 30 solar eclipse in Bharani — a star symbolic of female reproductive power. In its wake, protests both for and against access to abortion have broken out nationwide.

Take heed, Mercury is retrograde during this Vishaka lunar eclipse, quite possibly magnifying confusion, and making things more complicated than need be. Mercury Retrograde brings delays, miscommunications, and computer problems, that could suddenly flare up around the eclipse, so back up your hard drive, have a plan B, and give yourself extra time to arrive at your destination. 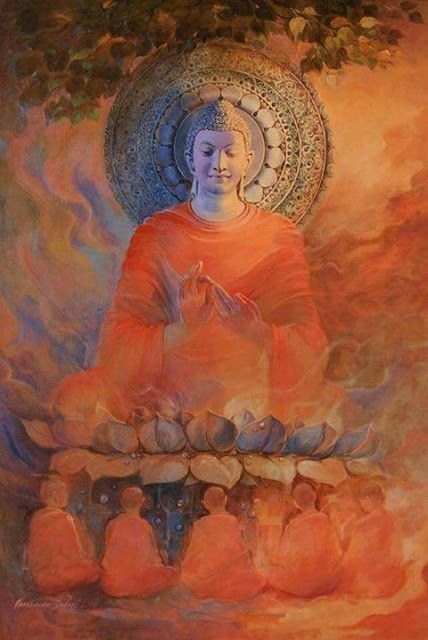 This Vishaka full moon/lunar eclipse is also celebrated as Buddha Purnima, the birthday, and day of liberation of the Gautama Buddha. Lord Buddha taught liberation from suffering through steady focus, observation and meditation.

It’s said that the power of meditation is enhanced during eclipses, so take time to sit and follow your breath for at least ten minutes today. Be present with what is, and simply observe the emotions that may arise in your body. Whether your aim is enlightenment, social justice, or a new car or home, the practice of meditation can help you clarify your goals and focus your power now.

A word of warning, avoid staring at and exposing yourself to the shadow of the lunar eclipse.  On the evening of May 15 it’s best to stay home, wear light-colored clothing, don’t sign contracts, and avoid cooking or eating during the lunar eclipse.

Another great eclipse remedy is to focus on the power of Saturn to stabilize and support world peace.  Saturn, the planet of limitation and structure, just entered Aquarius, a sign of truth and divine justice.   Learn more about the power of Saturn in Vedic Astrology —Join my upcoming Saturn in Aquarius Zoom Class – Horoscopes for 2022 -2025

This full moon falls on my birthday. --so has significant message! Thank you Dear!