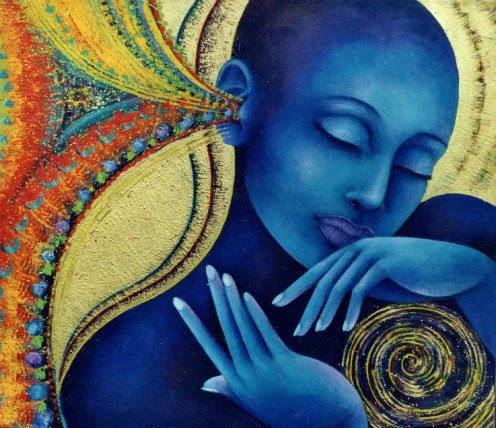 Feeling on edge and uncertain of the future? The new moon of Jan 27, 2017 (4:07 pm) is on the precipice of a wave that is sweeping into unknown territory.  This lunar cycle may feel dark and dangerous, but within the darkness lies a seed of new light and clarity.

The new moon will be in the area of the sky known as Shravana nakshatra.  This Vedic lunar mansion is also called “the ear of God,” as it magnifies the power to hear and absorb knowledge.

Listen closely to your inner voice on this new moon and you may be surprised by what you hear.  In the weeks to come, observe your daily habits and actions, write in a journal, and reach out to others.  A new understanding is coming that may shift your perspective on career, personal relationships, and your life path. In India this new moon also has the special significance of Mauni Amavasya (Mauni=silence/Amavasya=dark moon).  A vow of silence is sometimes taken on this new moon to support self-reflection and increase receptivity.

In Vedic Astrology, this new moon is close on the heels of a crucial karmic reboot; Saturn‘s shift into Sagittarius. This once in 30-year occurrence triggers the notorious degree called the Abhukta Mula, a rare and turbulent influence that destabilizes social structures and triggers reform. Read more about Saturn’s position here.

On the lighter side, Venus (the planet of love) will shift signs on this new moon.  On Jan 27 (6:46 am PT) Venus will enter Pisces for a rare four-month transit that will include a 5-week retrograde cycle in March. The romantic influence of Venus will strengthen the human spirit against adversity and give an extra charge of hope to the world.  Broken hearts can be mended, new love can spring up, and old flames may suddenly emerge out of the woodwork. Venus in Pisces exudes compassion and universal love and will inspire artists and musicians everywhere to heightened levels of creativity. 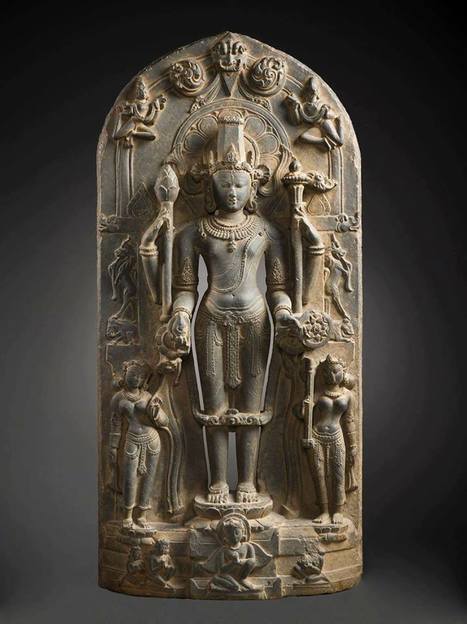 The Hindu God Vishnu (Narayana) – Los Angeles County Museum of Art
In contrast to the turbulent uncertainty of this new moon, Shravana offers the supportive blessings of Lord Vishnu who sustains order and peace. In the trinity of Hindu deities, Brahma is the creator, Shiva is the destroyer, and Vishnu is the great preserver. Use this stabilizing and protective energy as an opportunity to observe yourself and the world. The silence between words offers insight into infinite wisdom and clarity.

*To fully understand how these astrological influences affect you on a personal level, book a one-on-one Vedic Astrology Reading with me here.