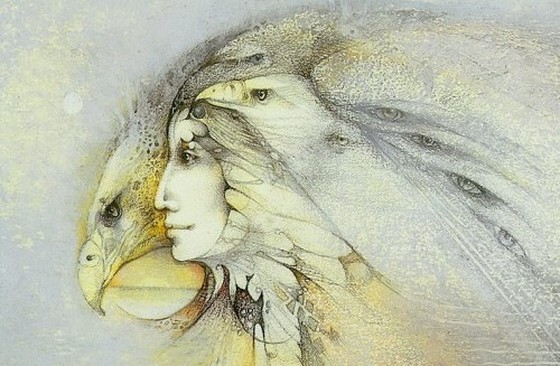 The darkness of night is increasing in its potency as the New Moon culminates on Dec 11 at 2:29 am (PST) and the nights lengthen as we approach the Winter Solstice. This darkness is a time for retreat and recovery and can push us to take empowering new steps towards self-care and healing. Darkness holds depth and stillness, like a womb that can germinate better dreams of the future and rebuild our inner strength and wisdom.

This is the final New Moon of the year and a powerful moment to dissolve old habits and dream up new intentions.

The New Moon, in particular, calls forth the power of the Dark Feminine.  It will plunge into the ancient depths of sidereal Scorpio where life-giving waters also hold the dark mystery of death and endings.  There is a misunderstood and often undermined power of femininity that is exemplified here: the eldest phase of a woman’s life, the shakti of the Crone – and the respect that her seniority earns.

The New Moon will take place right in the heart of the constellation of Scorpio, where the red-giant star Antares lies. This is the star of Jyestha, “the eldest wife.”    Jyestha is the mysterious goddess who is said to be the elder sister of Laksmi the goddess of wealth and prosperity.   However, unlike her beautiful and auspicious sister she has been labeled as the terrible harbinger of poverty and hardship.  But Jyestha dates back almost 2000 years and her image may be much older. She is often depicted as a plump, heavy breasted woman (implying fertility), with her legs open and feet planted solidly on the ground.  She is the image of female authority and power in the family.

In ancient Indian society it was upheld that within a polygamous family the first wife had special rights and authority, such as administrative power over a large family and the right to participate in religious ceremonies with her husband.  Although Jyestha has been given the modern reputation of being unruly and slothful, she is the ancient goddess of the “senior wife,” She seems to be a nearly forgotten matriarch, who like the firstborn of the gods, Indra, has had to defend her authority constantly.  While threatened by the arrival of younger wives, she continues to hold her position by seniority.

On an astrological level this deep and perplexing place for the dark moon is not supportive of marriage, social gatherings, or investment ventures, especially since it is transiting Saturn.  Situations may seem heavy and we may feel anxious or even depressed; however the transformative potential of this dark shakti is considerable.  If possible, it is best channeled into the inner worlds, spending time in quiet reflection.  This dark moon is a portal to the secret and forgotten worlds of our hearts and the broken hearts of our ancestors. It is a time to look back over our lives and heal old wounds and uproot self-sabotaging behaviors and addictions.  Jyestha can empower aspects of ourselves that we may have silenced or shamed.

The source of deep insecurities, jealousy, and negative beliefs in relationships can also be exposed.  Try to take it easy on yourself and others.  Be patient if faced with defensiveness and reactivity and remember that it is often coming from a place of ignorance and suffering.  Overall, open your heart and allow space for healing, you have the right to everything you feel. It is, after all, the unruly and angry wisdom of the ancient goddess that has the power to set us free.

Although weakened by surrounding planets, Venus is gaining power in her Mulatrikona sign and is spiritually energized by a mystic trine from Neptune.   Despite the insecurities and confusion, a great deal of compassion and understanding can open to us now, especially for those in a dasha or sub-dasha cycle of Venus.

To find out what dasha cycle you are running and how the current transits affect your individual chart, schedule a personal Vedic Astrology reading with me here.

**Above art by Susan Seddon Boulet 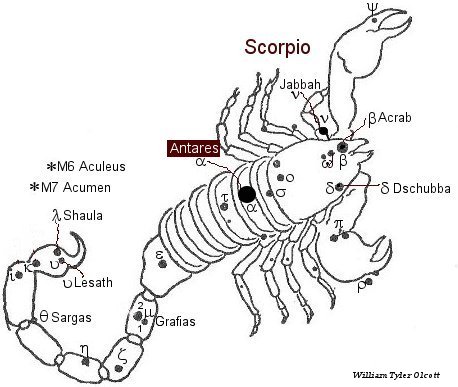 #Kalaratri is the fearless “goddess of the dark night” whose three eyes flash like lightning bolts in a storm cloud.
This goddess rescues those lost in darkness and storms. She transforms shadows into light and frightens away ghosts of fear, ignorance, pain, and suffering.

Kala means Time – the inevitable passing of time and the impermanent nature of life.
Kalaratri dissolves the fear of aging and death.

Thank you 🙏🏻 And the beej (seed ) sound for both Maa Kaali and Lord Krishna is " Kleem" as per my Gurudev.

DAY 6 of #navaratri the waxing moon of the #goddess

Katyayani is a very fierce goddess who annihilated a terrible demon named #Mahishasura, a symbol of selfishness, cruelty and imbalance in the world.

As the story goes, Mahishasura (the water-buffalo demon) unleashed a reign of terror that no god (not even Shiva, Vishnu, or Brahma) could stop.
So they called the Divine Mother for help, and fierce and loving Katyayani appeared.

When the Mahishasura saw this beautiful goddess he asked for her hand in marriage, but she told him he must first win her in battle.

Image: slaying of the buffalo demon

More about the Goddesses of Navratri -- anandastrology.com/nine-ways-to-call-in-the-goddess-for-navaratri-the-nine-nights-of-shakti
link in bio @anandashree_vedic_astrology

Katyayani is a very fierce goddess who annihilated a terrible demon named #Mahishasura, a symbol of selfishness, cruelty and imbalance in the world.

As the story goes, Mahishasura (the water-buffalo demon) unleashed a reign of terror that no god (not even Shiva, Vishnu, or Brahma) could stop.
So they called the Divine Mother for help, and fierce and loving Katyayani appeared.

When the Mahishasura saw this beautiful goddess he asked for her hand in marriage, but she told him he must first win her in battle.

Image: slaying of the buffalo demon

More about the Goddesses of Navratri -- anandastrology.com/nine-ways-to-call-in-the-goddess-for-navaratri-the-nine-nights-of-shakti
link in bio @anandashree_vedic_astrology

This is why Durga's cat, Senghe, makes such a good friend. I like this image of the dispatching of the Buffalo Demon! Do you know the artist's name by chance?

Way too many Goddesses

The Devine Goddess will eventually destroy all Demons😳😋😂

The Fierce and the bold Maa Durga!

Calling in goddess #Skandamata, the mother of Skanda (god of war and courage)

This goddess protects you from violence and injury. She grants victory over enemies, self-sabotaging behaviors, and helps you to draw healthy boundaries in relationships. She’s also adept at curing skin ailments.

She holds baby Skanda (Mars) in her lap. His 6 heads represent the 6 stars of the constellation of Pleiades and the 6 wise women who raised him.

Follow @anandashree_vedic_astrology for more free forecasts. .
More about the Goddesses of Navratri -- anandastrology.com/nine-ways-to-call-in-the-goddess-for-navaratri-the-nine-nights-of-shakti
link in bio

such a very sweet picture of the Devi 💝💖❤️

thanks for this, I have and will enjoy all 9 days

Tonight is for the Sun Goddess #kushmanda who created the universe with her smile.

The cosmic egg sits in the center of the sun. It shines light that nourishes life on earth, drives out darkness, and radiates warmth and love.

In her hands she holds a jug of #madira (intoxicant), and another of life-giving blood.

Follow @anandashree_vedic_astrology for more free forecasts.
More about the Goddesses of Navratri & check out classes and readings at www.anandastrology.com/blog/nine-ways-to-call-in-the-goddess-for-navaratri-the-nine-nights-of-shakti